The main graphical element in shadow one is actually shilpa herself. To get her black silhouette we went to a Studio near Berlin. Because we had to be there in the morning we arrived one day earlier in a beautiful place called Werkleitz (where the Werkleitz people come from) and stayed there for one night. It was a really nice.

The shooting we did against blue screen. Knowing not too much about blue screen combined with DV compression gave us quite some headaches and lots of tweaking afterwards. And that’s especially annoying ’cause we didn’t think of just shooting her against – bright white.

But still, it was a lot of fun.

Shots from the shoot. 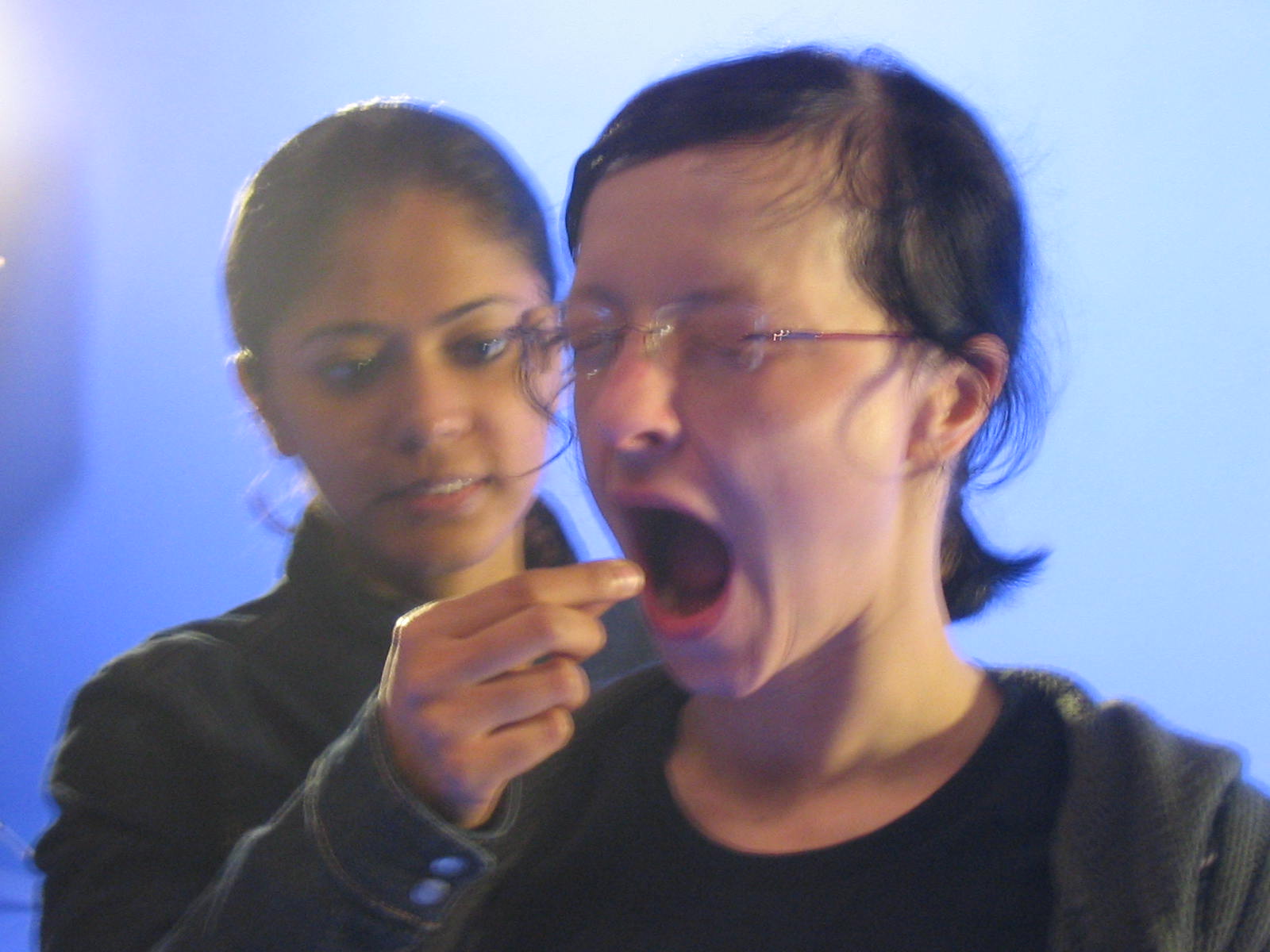 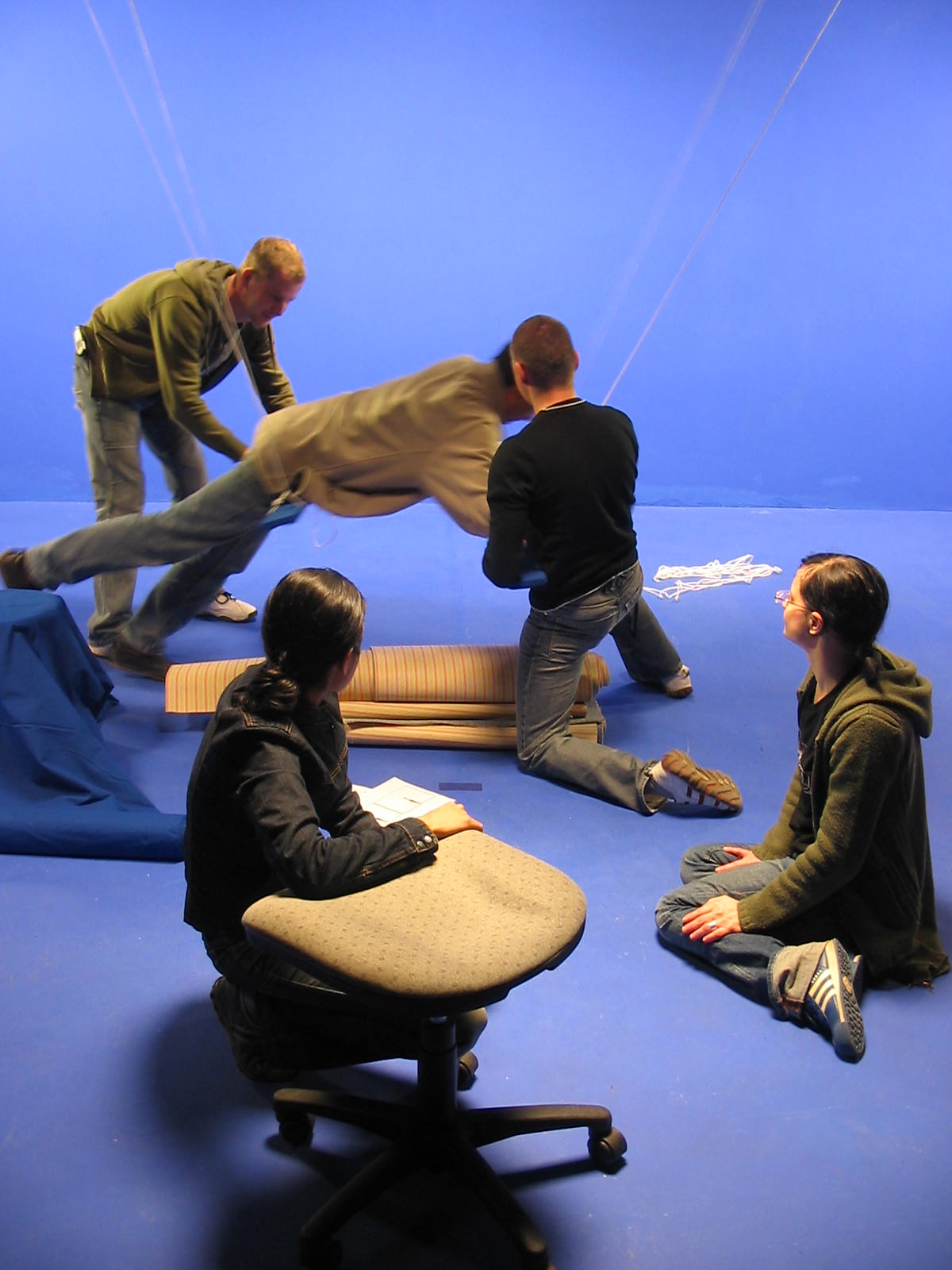